With turquoise waters and golden sands, the paradise isle has garnered quite a reputation among beach bums. But, what lies underneath the azure waters is eerily fascinating; the battered husks of marine vessels which never made it to port, now patrolled by shoals of vibrant fish and the occasional octopus acting as the captain. With hundreds of shipwrecks from around the coast, Sri Lanka is one of the best destinations to discover the bizarrely beautiful wreck sites and their thrilling mysteries.  So, we have put together a whole list of shipwrecks to spice up your wreck dive. Plumb to the depths of the Ocean and poke around wrecks! 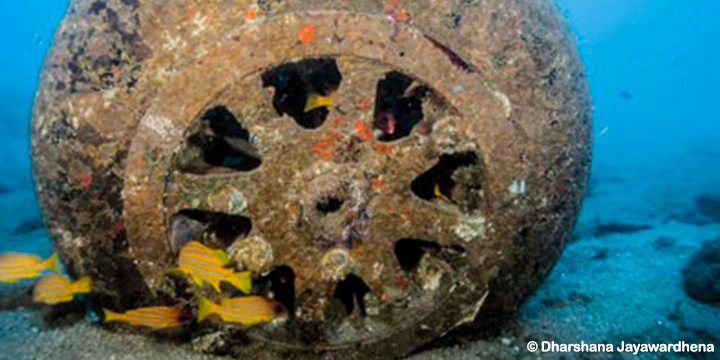 Today, settled at the bottom of the deep, the Dutch Squadron 321 Y-78 Catalina PBY-5A was crashed off the coast of Passikudha on December 9,1943. The Catalina was on a mission to destroy a Japanese submarine prowling near the Andaman-Nicobar Islands in the Bay of Bengal. Fortunately, the entire crew of 11 members had survived the crash and reached the shore just 16 hours later. These Catalinas witnessed the sunrise twice during their journey, and thus aptly named the “Double Sunrise” flights. This site including engines and propellers of the aircraft was first  discovered by Dharshana Jayawardhena. 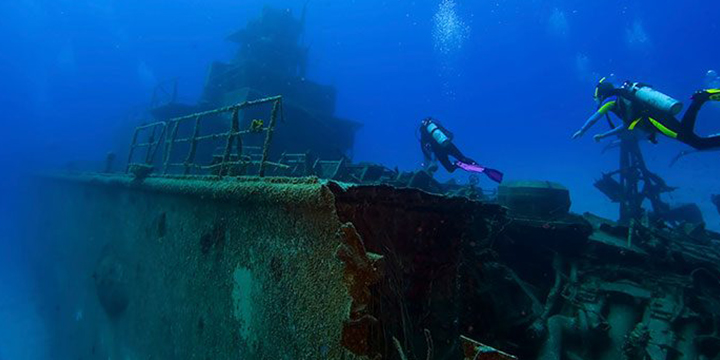 Kirinda, off the deep south coast of the island is home to the Little and Great Basses wrecks. The tragic story behind this treasure ship belonged to the great Moghul Emperor Aurangzed, is as intriguing as the ecosystem it hosts. Discovered by Sir Arthur C Clarke and his diving instructor in 1961, this ship is believed to be a special marine vessel that carried an enormous amount of newly minted silver coins and other artifacts. The ill-fated ship went down in 1703 while sailing the legendary spice route. Due to the rough currents, these spots can only be visited in March and April. 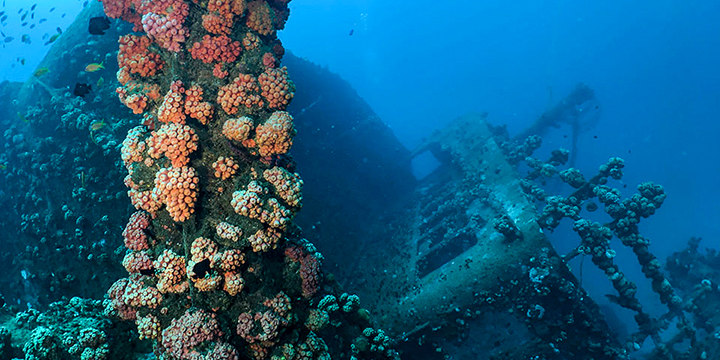 This is one of the famous wrecks in Southern Sri Lanka. Once a warrior, this doomed ship is now a colourful fish-studded marine paradise, with various species lurking around. The British tanker “Conch” struck the Akkurala rock close to Hikkaduwa coast. The vessel with cargo of several thousand tons of bulk oil broke in two after hitting the reef and rested against the rock at a depth of 22m. The Conch was on a voyage from Novorossisk and Colombo to the Madras coast. Hundreds of iron parts of the shipwreck are scattered all over the seabed and you can clearly spot the steam engine, propellers, proper shafts and levers that lying in the watery grave. 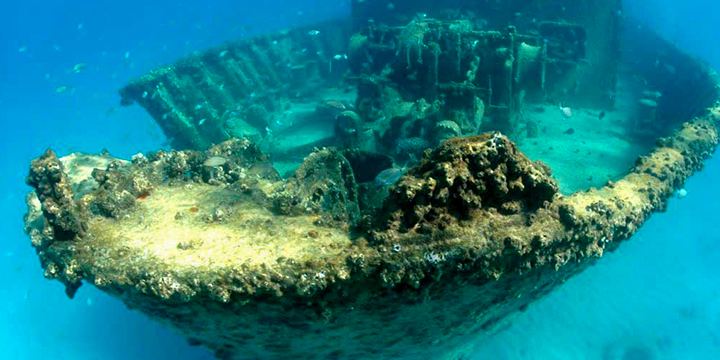 Along the coast in the Galle and Ambalangoda areas over 100 wrecks of ships are reported have been found already. Famed for its extensive history and threefold colonial domination, Galle is undoubtedly a treasure trove of shipwrecks. Earl of Shaftesbury in Hikkaduwa and SS Rangoon in Unawatuna are some of the famous sunken vessels whose ownership has been claimed by nature. Today, these ships are an oasis of marine life. 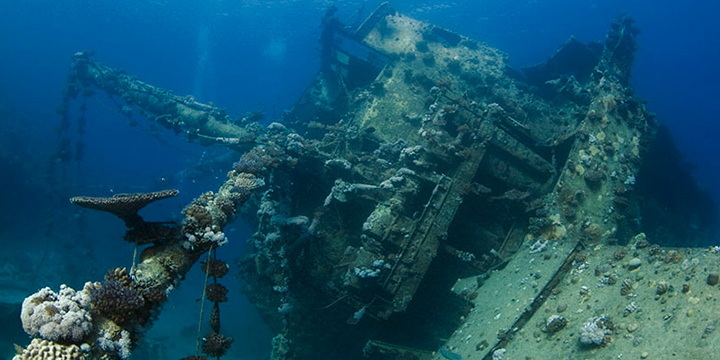 The Norwegian ship, MV Tricolor is the deepest known shipwreck (about 65m) found in Sri Lanka’s waters that sank off the coast of the island in 1931. Today, the ship lies about 15km west of Beruwala. Tricolor was sunk in the water when she was sailing at noon from the Colombo Port bound for Yokohama on January 5,1931. According to various sources, the ship had carried a general cargo of over 825 tons as well as a significant amount of dangerous chemicals, which were assumed to have caused the explosion on the ship. Though SS Porthos, a French steamer was able to rescue 31 crew members and all ten passengers, five crew members and including the Captain died in the maritime disaster.

The world’s first aircraft carrier, HMS Hermes descended into the ethereal world under water during World War II on April, 9 1942. The derelict hulk lies at a depth of a little over 50m off the East coast of the island.  The ship was sunken by Japanese bombers and it went down tragically after 40 or more direct hits by 70 dive bombers. HMS Hermes sinking death toll exceeded 300. Once a brave lady at the war front, HMS Hermes is now a prisoner of the eerie undersea world, home to fish, corals and other sea creatures. Exploring this marine vessel is akin to wading into an underwater museum.

Apart from the above wreck sites, Colombo Cargo wreck, Colombo Barge, Colombo Tarprobane East wreck and MV Cordiality in Poloddai are some of the famous wrecks with interesting stories of a time gone by. With all these underwater treasures, Sri Lanka is one of the best destinations for adrenaline junkies that lure to the mysterious call of the world underwater and delve into the depths of the mighty Ocean.